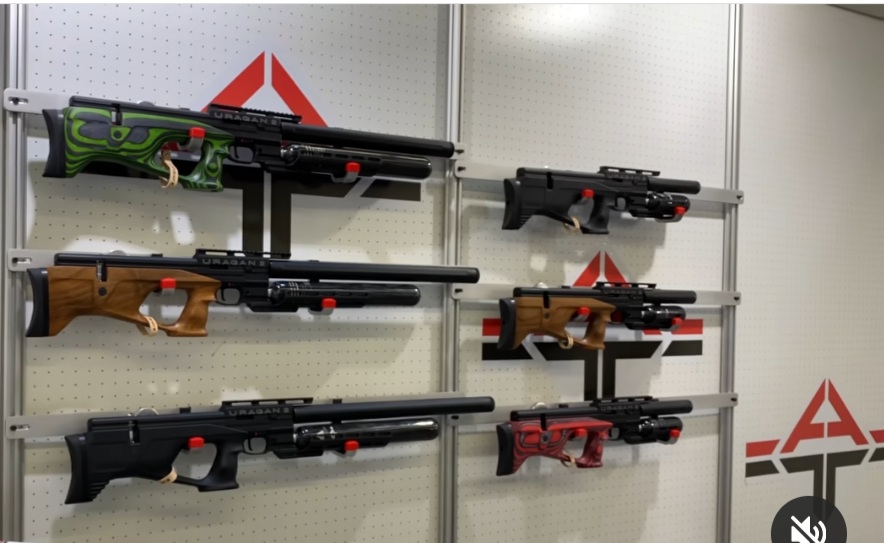 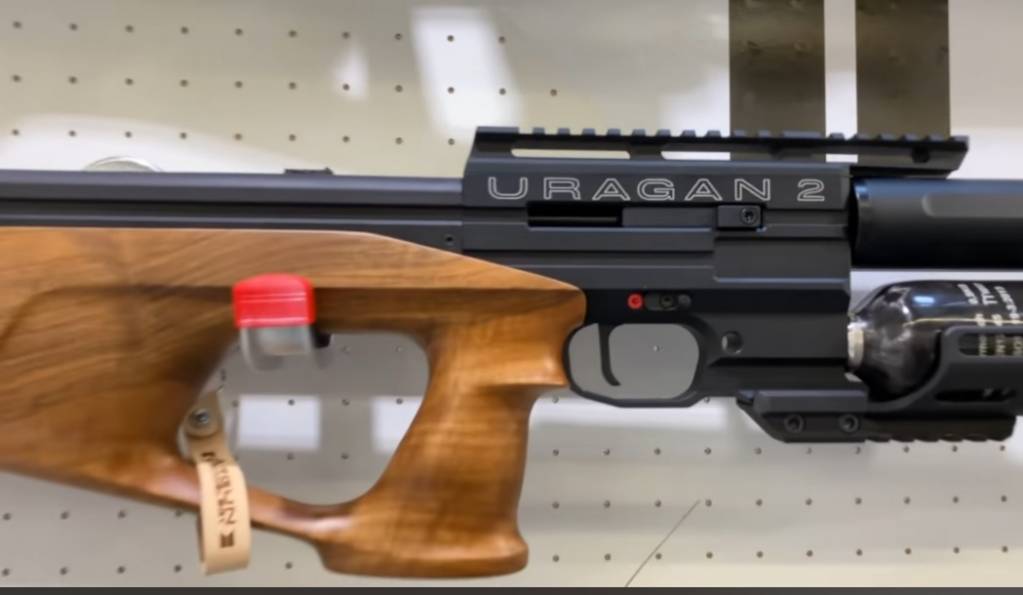 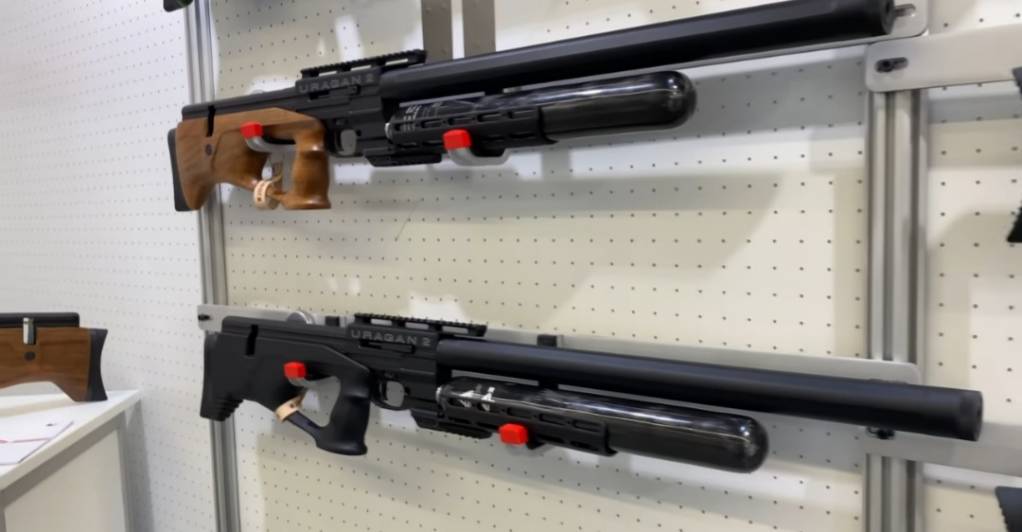 It looks great..n it seems it will come in 700mm + a even longer bottle n.20moa rail .. bad for me I already have the 4 calibers

but would like to get a hold of the laminated stocks ..
•••
P

Ain't it the truth brother!

@pcp_perry. That sums up this hobby perfectly!
•••
Upvote 0

I like my new 500 mm / .177 Vulcan 3 for the most parts, though there are a couple of things i would like to have been different / updated.

1: No stop valve on bottle, so you can not swap bottles on the go.

2: Internal regulator, together with #1 this mean you have to bleed the whole gun, and it is a massive waste of air, for us people with no compressor that use bottles to fill.

3: Use of a mix of hex and torx screws ( on my V3 8 torx screws on the plastic part covering the back of the rifle, i will change these to hex myself )

4: The mechanism when shooting are pretty "loud" i am sure it could be "de- twanged" in some way.

This are all small stuff though, my Vulcan 3 are a much better shooter than my Maverick, and it do much much better with a range of pellets and slugs.

If it has a larger plenum and power similar to the Vulcan 3 when the reg is reversed I'd be interested. It'd be cool sending higher BC slugs at 1000 plus fps! Those AGT Kings sure are fun bench guns for long range so = AGT Uragan 2 King hopefully ??!!
•••
Upvote 0
P

I knew I waited too long to join the party. My first Uragan is supposed to be delivered today.
•••
Upvote 0
V

Looking at the receiver section closer, it doesn't appear it's going to have the plenum area like the Vulcan 3 does. I'm guessing power won't be as much. Looks like the upgrades to the Uragan 2 is a longer bottle, shrouded barrel like the Vulcan 3 and laminated stocks.
•••
Upvote 0

I respectfully and totally disagree!!!

All those things create more problems than there worth...not to mention the customer service nightmares there avoiding! These things are built like tanks and are pure hunting machines and that's what I do 90% of the time! Want tinker toys buy FX!!! And there's nothing wrong with that but it's not for me... Almost no chance of failure in the field is what's important to me...

I suspected that! Look forward to more info as it becomes available.
•••
Upvote 0

There's something totally different about the receiver... No cover on on it...almost looks like semi auto

The barrel in my vulcan 3 500 / .177 for sure fit in something else, it have machining on it that do not correlate to this V3 rifle, so i assume it fit in AGT ? too

I am talking about flat spots milled in the barrel where 4 of the screws in the vulcan 3 do catch ( the 4 back screws ) but the similar millings further out the barrel, well the grub screws there ( under the scope rail ) do not hit those milled places,,,,, not even close.

I will agree having all different parts is not desirable, i would assume something like a barrel could be machined to work with several models.

But this also look to be the case looking at my barrel.

Of course my regulator tube was apparently machined wrong, or a wrong part was used,,,, but i am inclined to think the first, and then there was no regulator spacer in my gun. So clearly on the factory floor / QA department / Assembly DPT, things could be better at AGT, not being able to put in a regulator spacer, that should make bells ring.

And it is not like there are no room for the spacer in my V3, just if you put one in there, air would leak out of the REG breather hole as it is in the wrong place. but apparently people noticed this but then just assembled gun with no reg spacer,,,,,,, and thats just all kinds of wrong,,,, unless AGT make a gun that dont have that, but i think it is the same for all V2 and i assume even older vulkan models,,,,, not sure with other models from the brand.

I will be getting those parts in the mail tomorrow i hope, i have a TRK # for them at least and it is in little country shipping i hope up for tomorrow.
•••
Upvote 0

I can understand the milled surface for the back 4 grub screws, this ensure the transfer port is lined up correctly, further out the barrel, which is not a FX straw, i see no reason for milling like that as the grub screws there can easy engage and hold on the barrel surface.

Judging by the pics of the new Urgans above. they look to be much like the vulcan 3

Having my barrel out some days ago, putting it back in i just pushed it as far back as i could, this was a mistake and MAG would not slide in, then i fixed that and mag slide in but then cocking lever would not go fully forward to "locked" position, so again i had to loosen barrel and with MAG inserted and cocking lever fully forward in the "locked" position, then push the barrel as far back as i could and tighten the back 4 grub screws, and then after that the 4 grub screws under the scope rail.

And then things was back to working as they should

I agree these things and other brands from the same area of the world i have handled in the store, it do feel like you could beat a guy with it and then make "the shot" afterwards, that is for sure NOT a feeling i get holding my Maverick.

There's something totally different about the receiver... No cover on on it...almost looks like semi auto

I wouldn't get too excited, AGT Uragan cocking handles are on the left by default.
•••
Upvote 0

I think they all are on the left, i kind of like it so have not swapped mine to the right side yet.
•••
Upvote 0

As a lefty shooter I appreciate that AGT is looking out for us. That makes it one out of 10-15 vendors who do. And, well we wont bash here, but one that seems to make exclusively lefty unfriendly airguns.
•••
Upvote 0
M

I've got a Uragan Compact. Looking to possibly get a short Vulcan 3.

I respectfully and totally disagree!!!

All those things create more problems than there worth...not to mention the customer service nightmares there avoiding! These things are built like tanks and are pure hunting machines and that's what I do 90% of the time! Want tinker toys buy FX!!! And there's nothing wrong with that but it's not for me... Almost no chance of failure in the field is what's important to me...

I hunt 90% of the time and I think my Vulcan 3 and Uragan standard are too big to lug around the woods. I prefer to hunt with my Vixen and Uragan compact. However, tanks could be up a size to a 300cc or even 370cc. I don’t agree tinkering with aftermarket, non-AGT parts but have more tank option in sizes; 210, 300, 370 etc and barrel lengths specifically for AGT or sell parts to the public. Wouldn’t be a problem if it’s specific AGT OEM parts. More options is my asking.
•••
Upvote 0
G