Does anyone have any first hand experience with a stock Sumatra in 25 cal and using the commercially available slugs available (i.e. nielsen, hunters supply or etc)? I have no desire to make my own slugs and work with molten lead. Is it accurate enough to do head or body shots on coyote at 75 yards?
•••
2

AGD did a review/test which included a Sumatra and Hunters Supply slugs.

2511bless, is your sumatra stock? Have you tried the hunter supply slugs like the video that airgun depot made?

Yes I haven’t had any luck but that was on full power I never try them on low or med power. The groups was not bad but not to my liking especially when I know that the gun can shoot a half inch at 50 yards all day with JSB and Benjamin domes but I Prefer the JSB 33.95 if I’m hurting a bigger game because of the bullet coefficiency and it holds it Energy down range better.
•••
Upvote 0
D 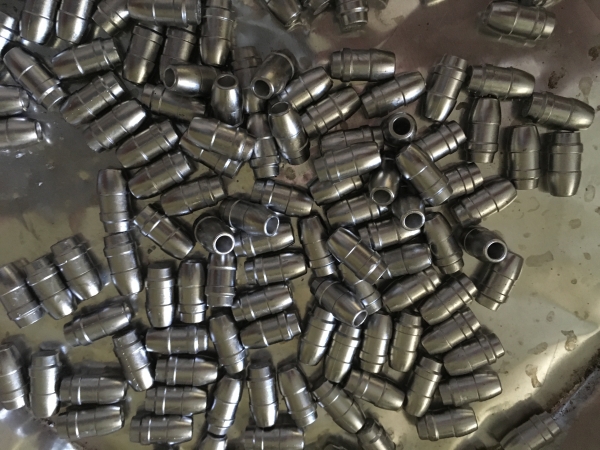 with a slug thats .250" and I've had one customer state that his

I don't have a Sumatra but was considering one just for slugs. I suppose since the new ones do better with the 0.250" ones I should look at the nielsen or hunter supply slugs since they are closer to that size? I'm also assuming that hunterone slugs are for the older sumatras?
•••
Upvote 0
2

Anybody else tried the nsa slugs in this? Also how does it do with the grizzlies from h and n?
•••
Upvote 0

Anybody else tried the nsa slugs in this? Also how does it do with the grizzlies from h and n?
Click to expand...

NSA is not a good option for 25 cal Sumatra because the barrels are .253 and the standard .250 slugs are too lose and not accurate.
•••
Upvote 0

Isn’t that the older guns though, I am wondering if you buy one today what slugs has anyone shot well out of them? Are the new ones .250 or .253
•••
Upvote 0

I ordered a Seneca /Sumatra carbine from p.a. today, I will see what It slugs at.

Years ago, that 25 acp bullet was the first slug I tried in a Condor, the chocked barrel made it a non starter. I purchased a

.254 lbt mold and a Lee w.254 sizing die, and a new hacksaw blade, used the 253 sized slug inside and the hacksaw on the outside. I then learned You can change the choke but not the twist.

I posted almost most daily groups from 260 to 300 yards on the old Yellow under Unrepentantsinner with that Haley.

Roachcreek
•••
Upvote 0
You must log in or register to reply here.

Avenger Barrel Slugging...or, Getting ready for the "SLUGFEST!