Had my good friend Adam bring his 16 yr old daughter Addison over to shoot today. We started her out with the .177 FX Logun and wasn't long before she was blasting grapes with ease at 48 yds. She then graduated to the .22 Cricket pup , but wanted to go back to the Logan before I brought the other 2 FX guns out. Then she shot several mags through the FX 500 and I knew she was ready for the big leagues.

Her dad went out and set up a couple NUAH targets at 100 yds for us. I set the Boss up on the back porch where I usually do my standing bench rest shooting. Had to get a platform for her to stand on so she could reach the gun. She warmed up shooting about 8 soda cans at 100 yds and she didn't miss a single one.

Then she shot a 48/50 1x score at 1.247" ctc on her very first try. And that was without a sighter target! She had warmed up shooting the 8 soda cans. LOL
Her next target scored a 47/50 with no x's at 1.81" ctc. But that was all the time we had as they had to get home. I believe if she could have stayed at it she would have shot a sub inch group with no problem. Her first 4 shots on the first target were sub inch. Wish she was a member so I could enter her in the NUAH club! LOL 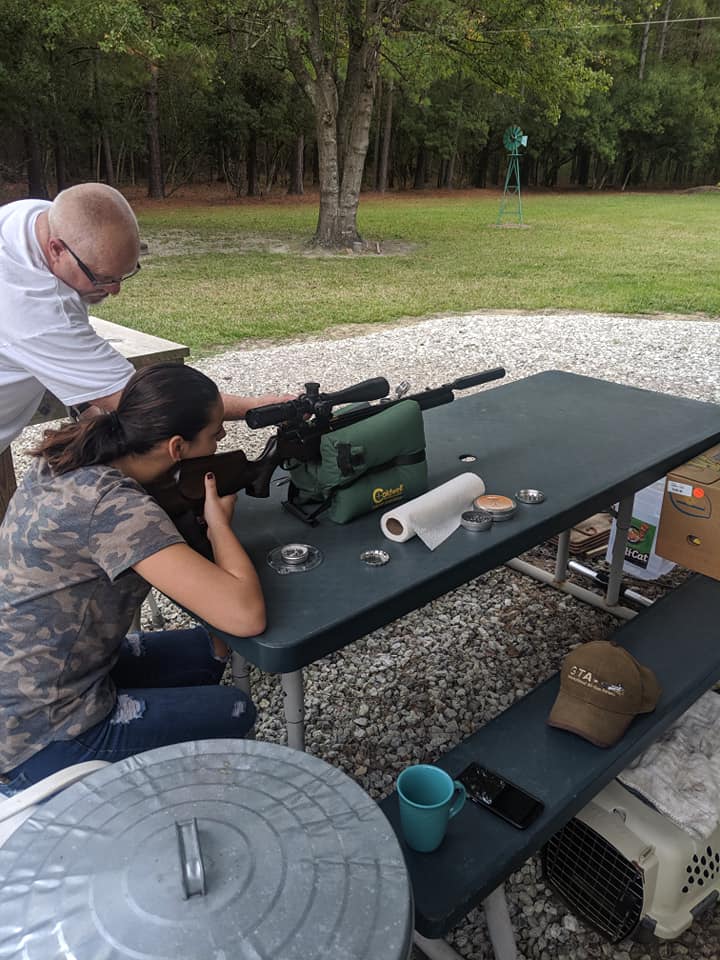 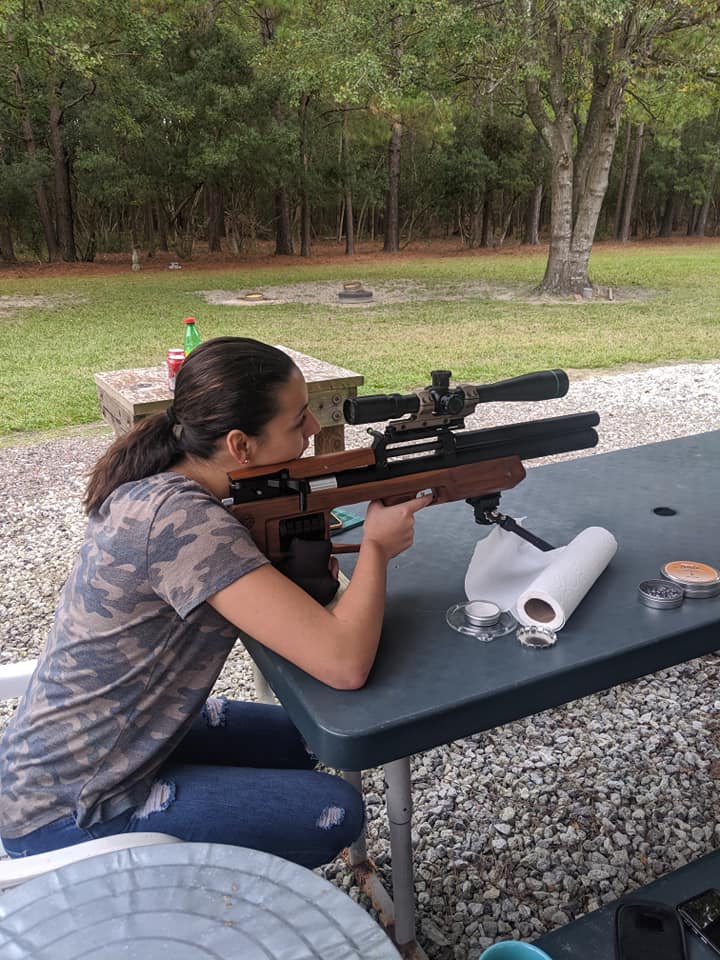 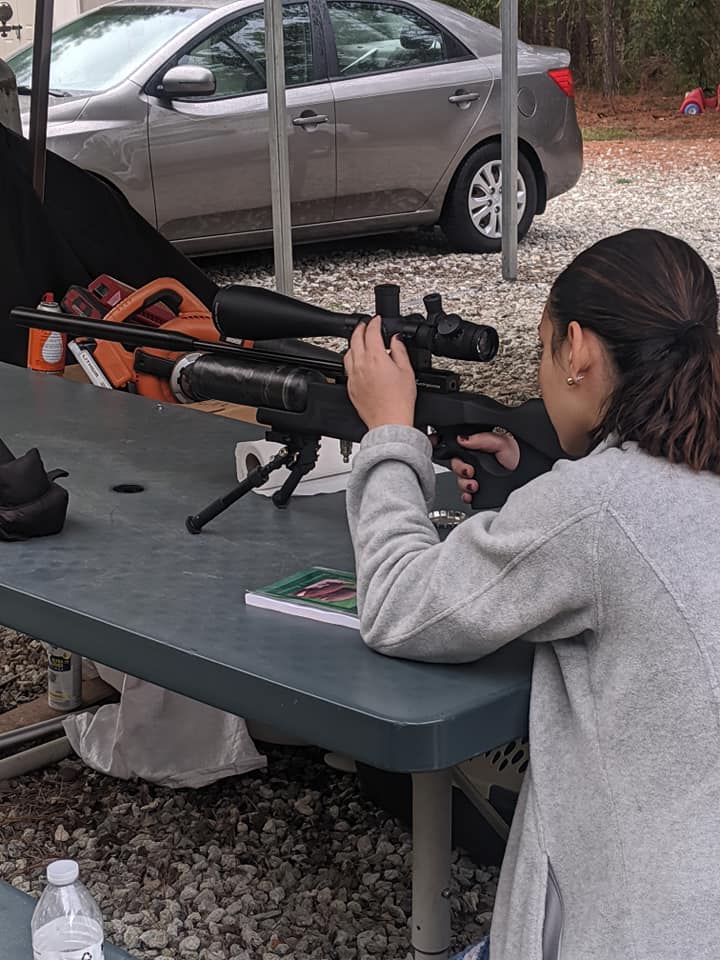 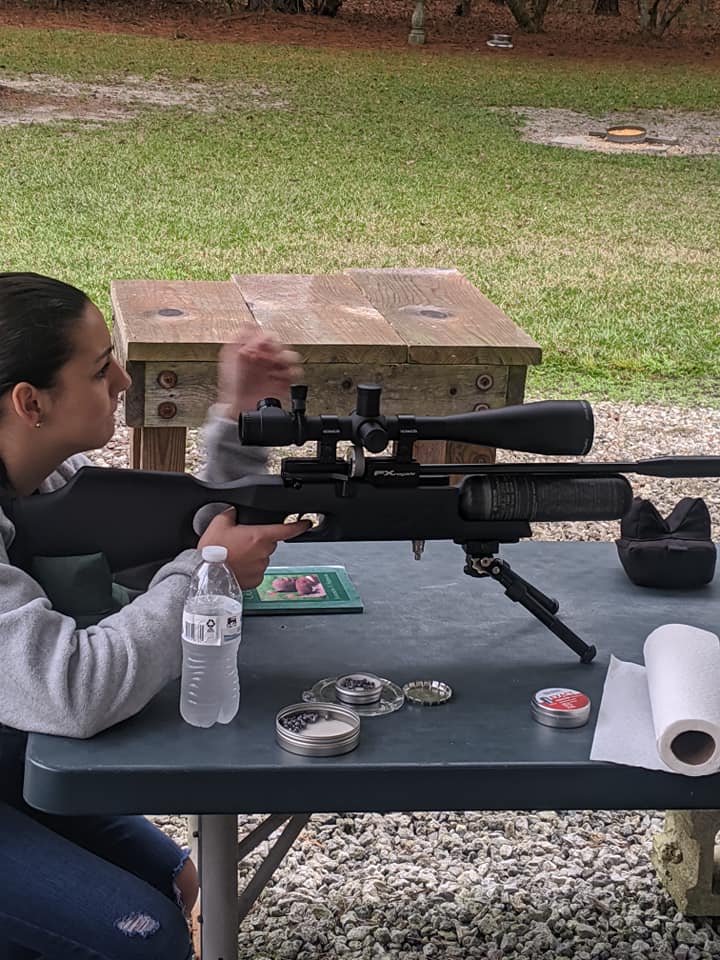 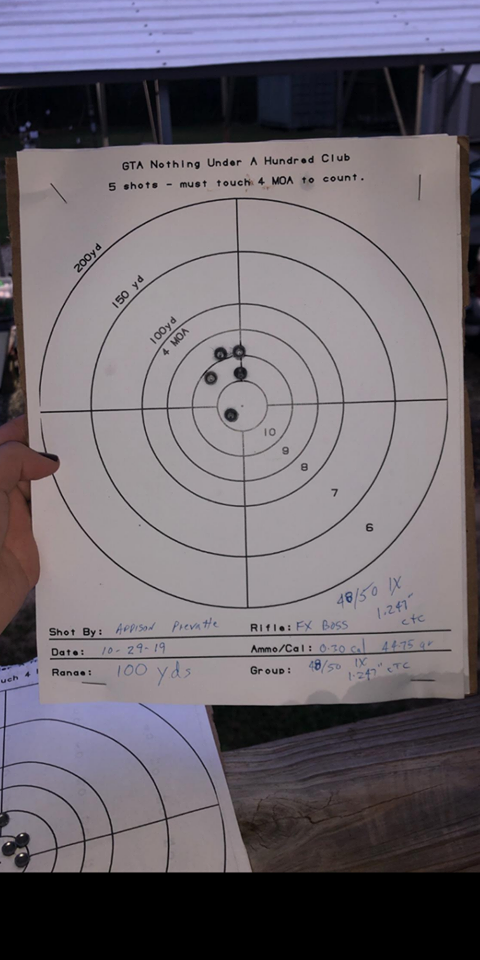 That’s pretty awesome Jimmy. Looks like everyone had a great time.
•••
Upvote 0

Yes and I think I had more fun than they did. Love to see new folks discover what our little toys can do.

Impressive! That's also a nice little backyard range you got there Fuss

Ghost, this was her vantage point at 100 yds. It's roughly 50 yds to the wood line and target sets way back in the woods another 50yds. 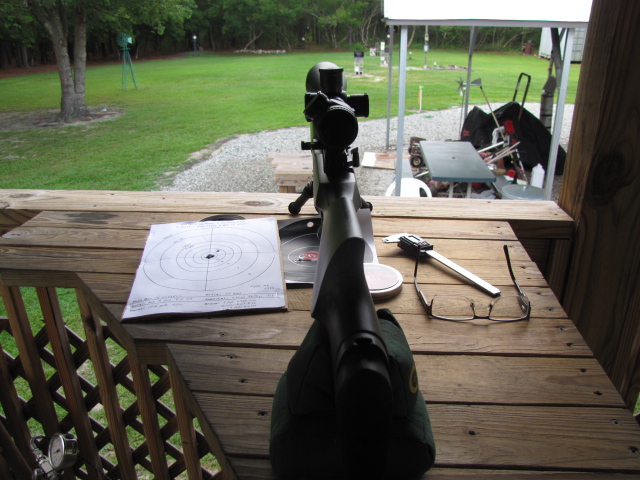 Ghost, this was her vantage point at 100 yds. It's roughly 50 yds to the wood line and target sets way back in the woods another 50yds.

It is probably best that I have to drive 70 miles each way to go target shooting If I had that kind if setup in my yard, I would never get anything done in life

Nice shooting especially for a new-b ! Great when a new shooter finds you and does so well.
•••
Upvote 0
B

I’ve seen this several times. Women generally have good hand eye coordination. They also have no ego involved in shooting so they typically put no pressure on themselves . And when you think about it why wouldn’t young woman do well. You can’t beat young eyes and steady hands. I’ve got a sister in law who can shoot as well as I can or better any day of the week. AND she never shoots accept on there rare occasions she is visiting. On the other hand I’ve got a ex son in law who can’t hit the broad side of the barn . He has a terrible time controlling his trigger release and he’s competitive and takes it way to seriously. There is a lot to shooting but if you can get the basics of trigger control and sight picture you can certainly do better then OK.

The thing I’ve seen dads do too often is start their sons off on a deer rifle that kicks and is LOUD . That will ruin a boy because it’s not fun and he wants to please his father and look good in the process . I remember a father trying to get his young son to sight in his deer rifle It was a 243 but it was way too much for that boy and I felt so badly for him He was trying but he was flinching behind that gun . Father didn’t seem to recognize. I didn’t say anything but was tempted

air rifles and 22 rim fires are the way to go. I’ve got a 12 year old grandson and he enjoys shooting with me . He’s shot my 223 heavy varmint gun and he’s hit targets out at 500 yards but he’s also said no when I’ve ask him if he wants to shoot it. He’s happy with the 22 or air rifle and I’m fine with that. Only reason I let him shoot the 223 is because he’s a big fellow and easily able to handle the gun.

My daughter has shot a little but she’s not really interested which is OK too.
•••
Upvote 0

And thanks for sharing your experience with your kids and friend's kids with us Bubbler. Yes, a rifle that kicks hard will definitely deter young shooters.
•••
Upvote 0
You must log in or register to reply here.

Took My Daughter To The Range…

B
First National 50 targets tried (and I liked it!)