Just curious with you guys walking down the shooter line up. What bipod seemed to stick out as the most used over all? Accu-Tac G5? Atlas 5H?

Also were more folks using the Saber Tactical monopod at the rear vs a rear bag?

I might bite the bullet and get an expensive bipod this year? Got the Accu-Tac G5 on my mind unless there is something better?

Just something with a wide stance to put under the Boss and see if it will shrink my 100 yd groups any? I've been using Atlas clones for so long, maybe it will make a believer out of me? Been getting a few sub MOA groups with the Atlas clones, maybe my averages will go up?

In my relay, and all the other relays Accu-Tac's were definitely the dominant bipod. There were some Atlas bipods out there too, but mostly accutacs. A lot of the guys/gals running Atlas' swear by them - I love my accutac. Mine is a BR-4, standard stance. A lot of it is personal preference. I know Keith Gibson was using the Saber Tac Mono-Pod. A lot of rear bags tho particularly among the non-FX crowd. I don't think you could go wrong either way.

Unless you are shooting without a rest, I don't think a better bipod will necessarily tighten your groups that much. It might if your Atlas clone is flimsy, or perhaps the extra weight (from an accutac especially) may help with harmonics/muzzle flip on a marginal basis. I've found that having a consistent, identical hold (cheek weld, grip pressure, etc.) from shot to shot really helped my group size once I had the gun/ammo/bipod issue sorted out.

Good luck on your quest!

And thanks so much for your observations on the firing line.

I was looking on Optics planet tonight and they have the Accu-Tac FC-5 G2 on sale for $379.05 shipped. Might have to bite the bullet unless someone gives me a better idea?

I love my AccuTac bipod. However, like any big competition like RMAC I am sure some the shooters are getting sponsored to use the AccuTac. The nice thing too about AccuTac is, it also can be used as a club to be the animal to death if you run out of ammo. Yes they are that solid and better be based off the price point.
•••
Upvote 0

Thanks for the pointers Rangur and BlackPaw

I went ahead and ordered the Accu-Tac FC-5 G2 from Optics Planet. Crazy, but all 8 of my Atlas clones put together cost me less! LOL

Fuss, the boys and I have a few Accu Tac bipods and love them. FC4 G2, WB4, BR4, etc… I just recently bought a Tier One FTR bipod that I’ve been using for a little bit and it’s great. Lighter weight, lower, wider stance and it’s as stable as can be. It’s super easy to use and the adjustments are precise. For shooting from the bench, this one is hard to beat. Here is the website and a picture. Have a great weekend. 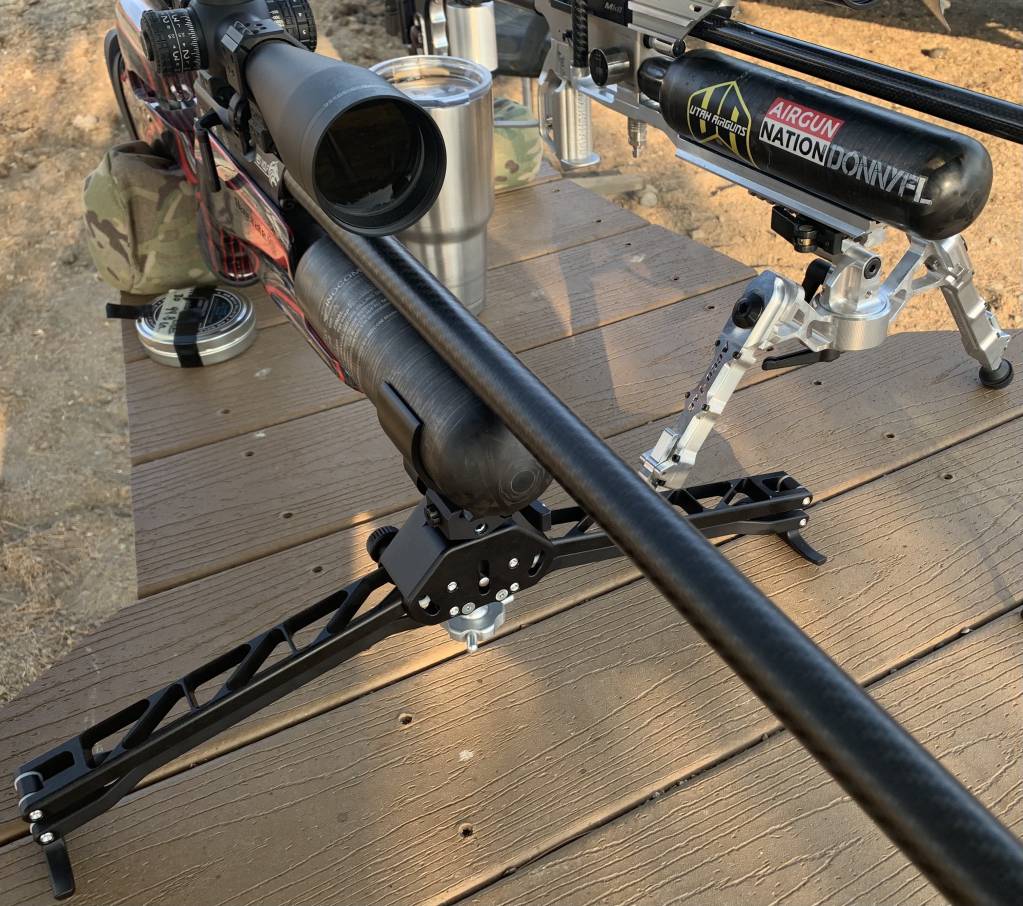 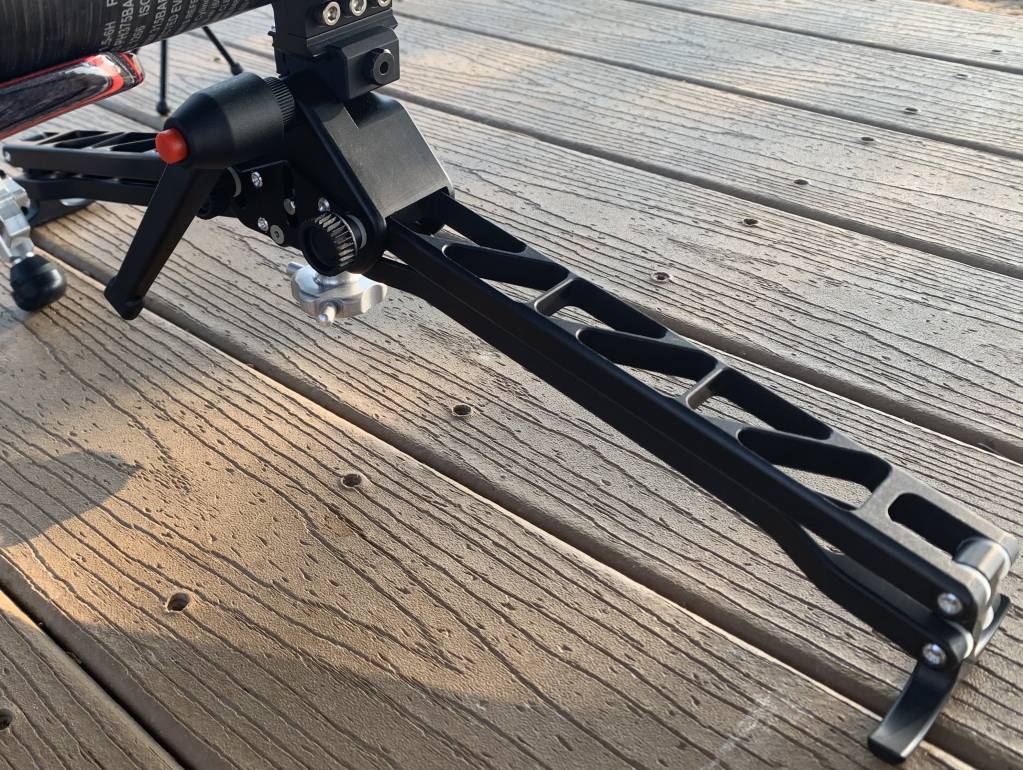 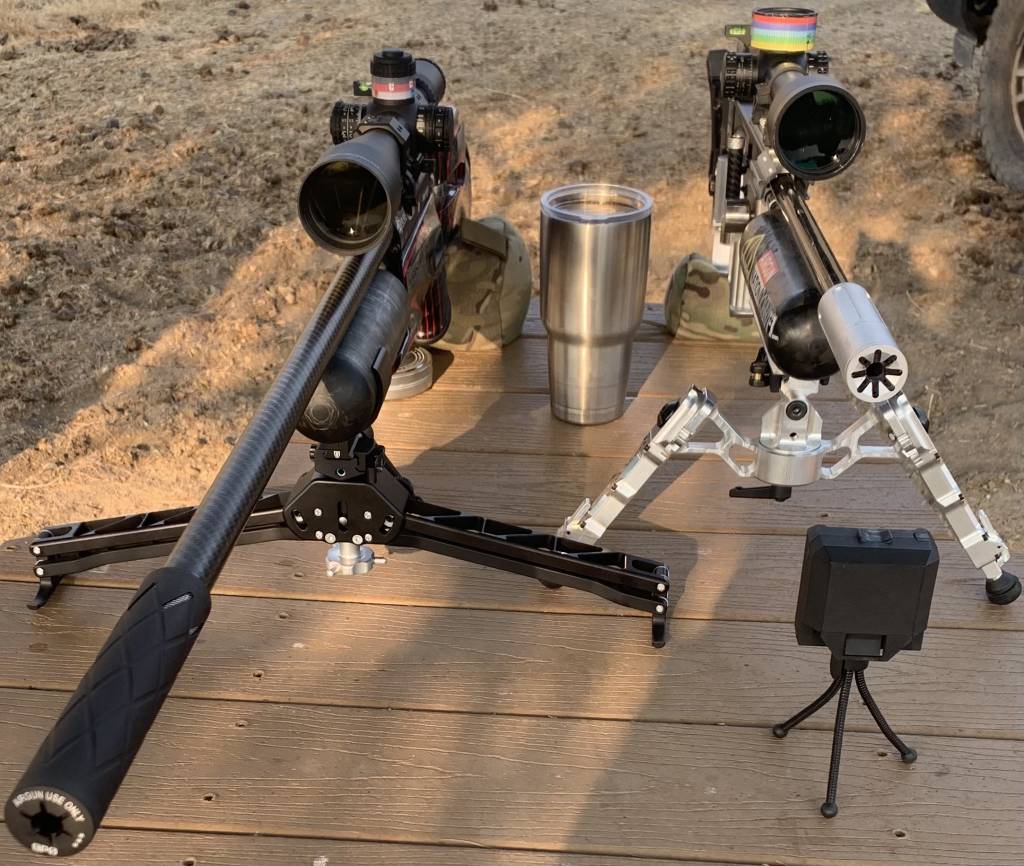 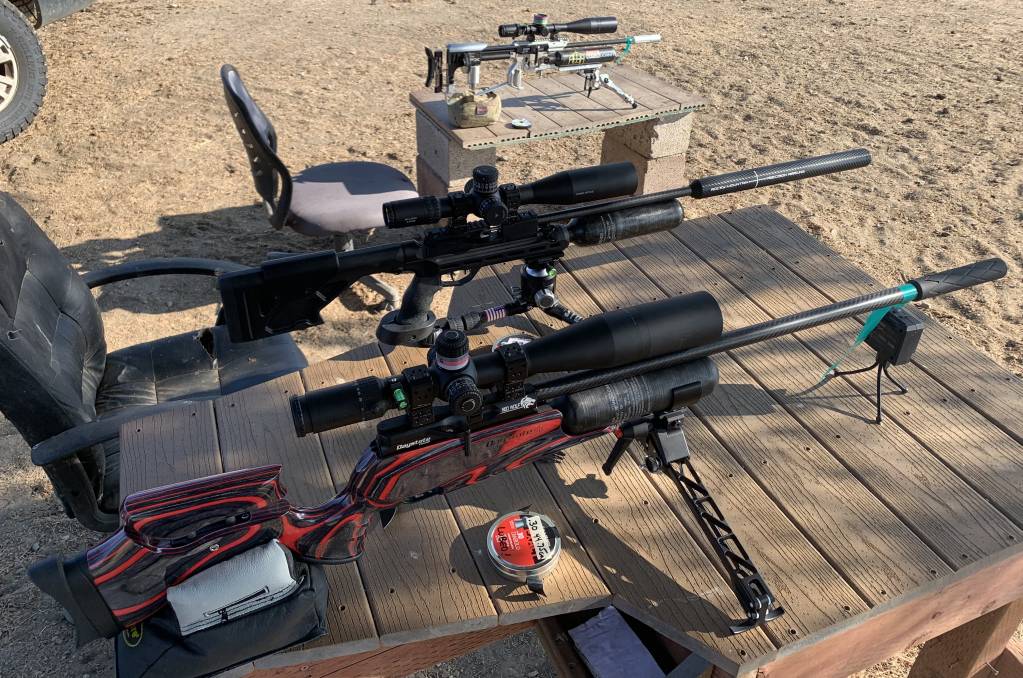 Wow, thanks for the heads up Kevin. Yeah, the Accu-Tac should arrive today. But I want to thank you anyway for posting those beautiful pics. Wow, the guns and gear you have are amazing, right down to the bench and computer chairs! Love your set ups!
•••
Upvote 0

Looks good sittin' under the Boss. It's like night and day with the little Atlas clones for serious shooting. Thanks for the tips guys. 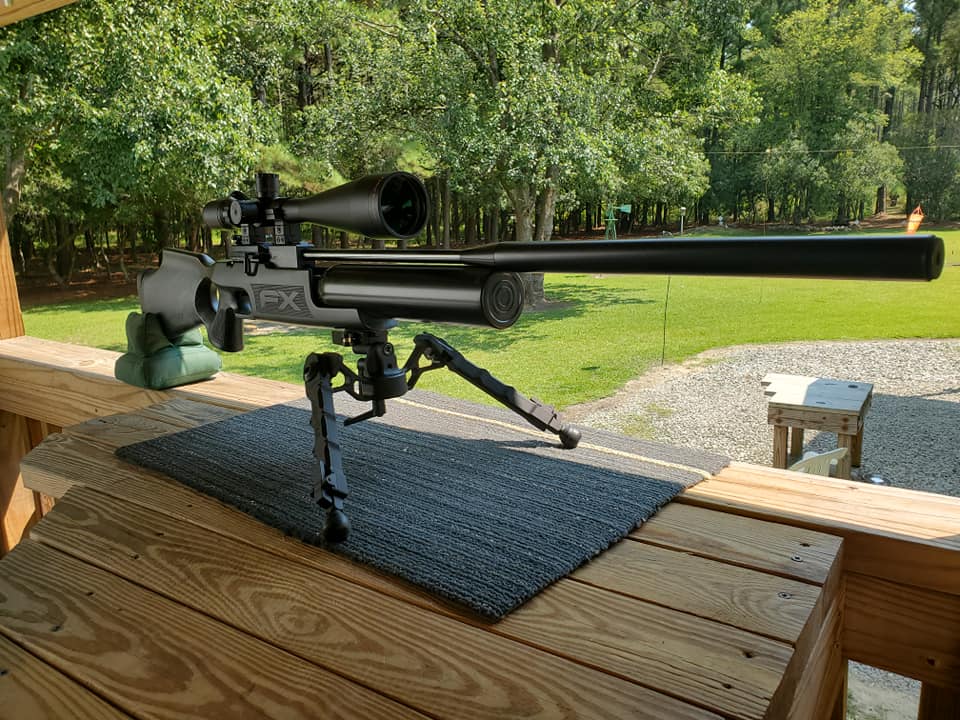 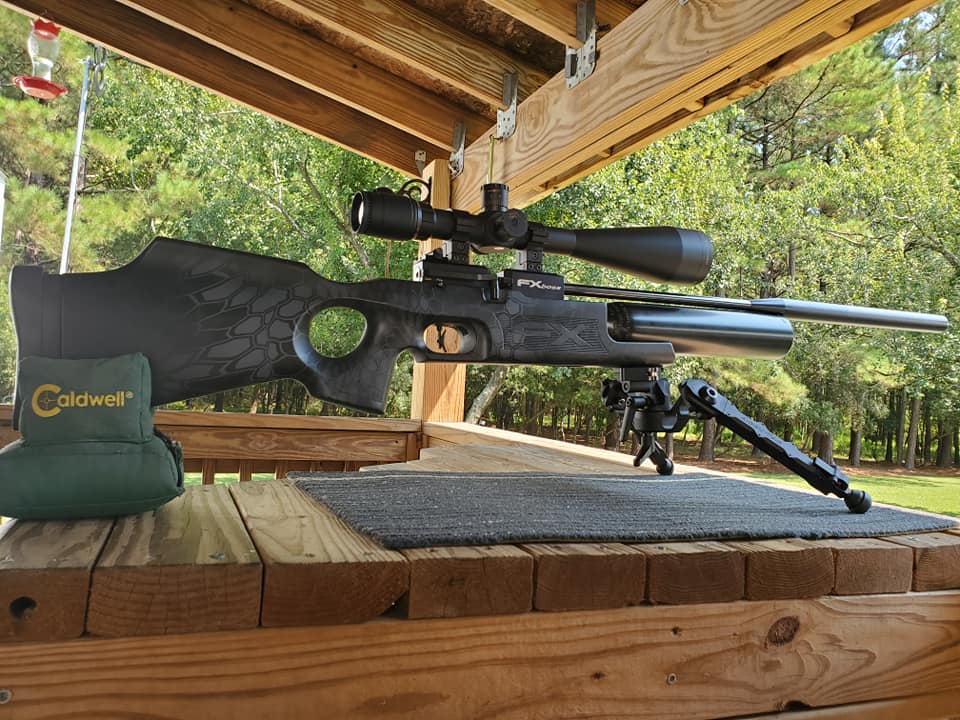 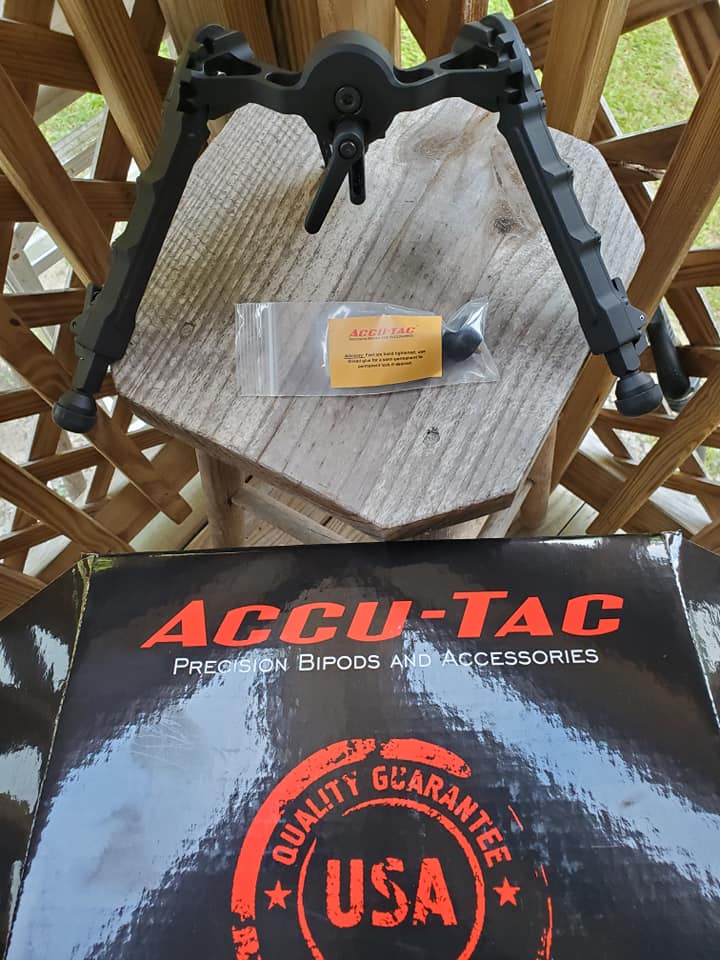 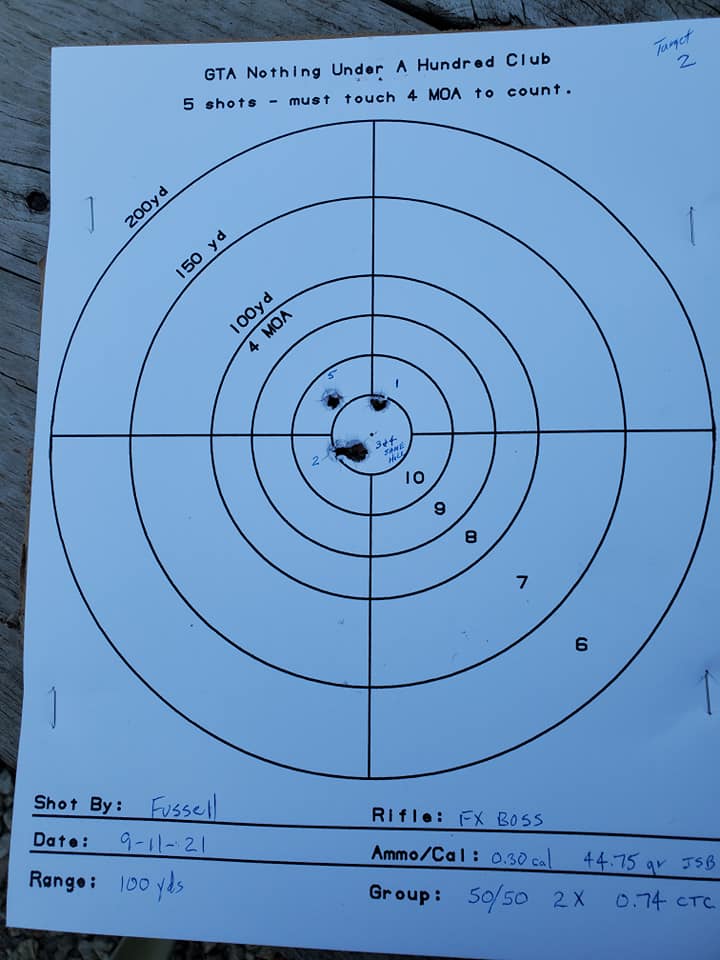 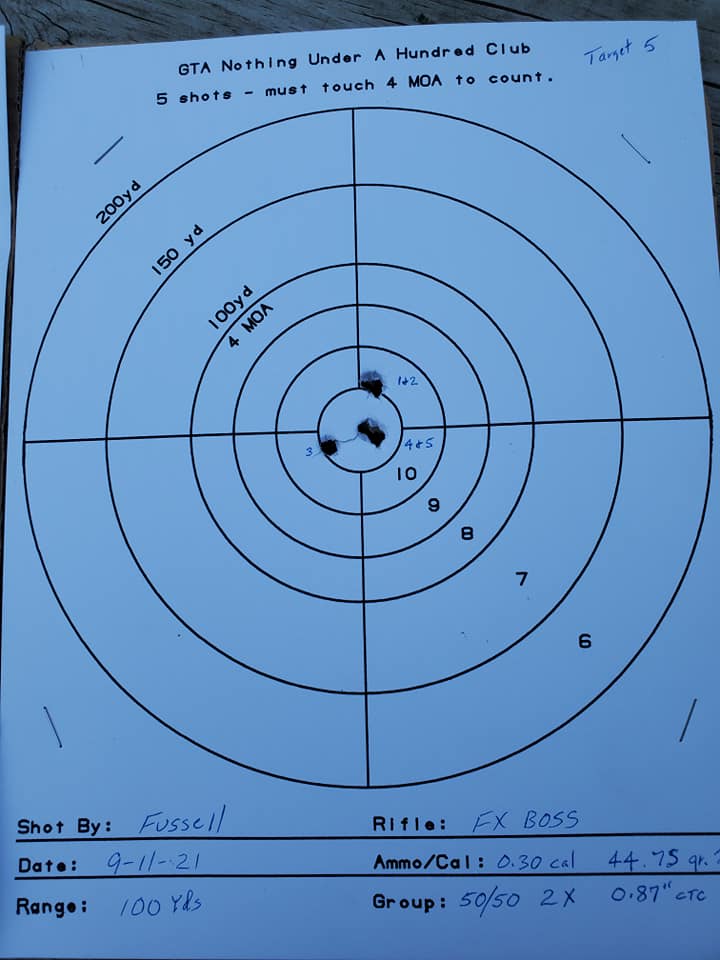 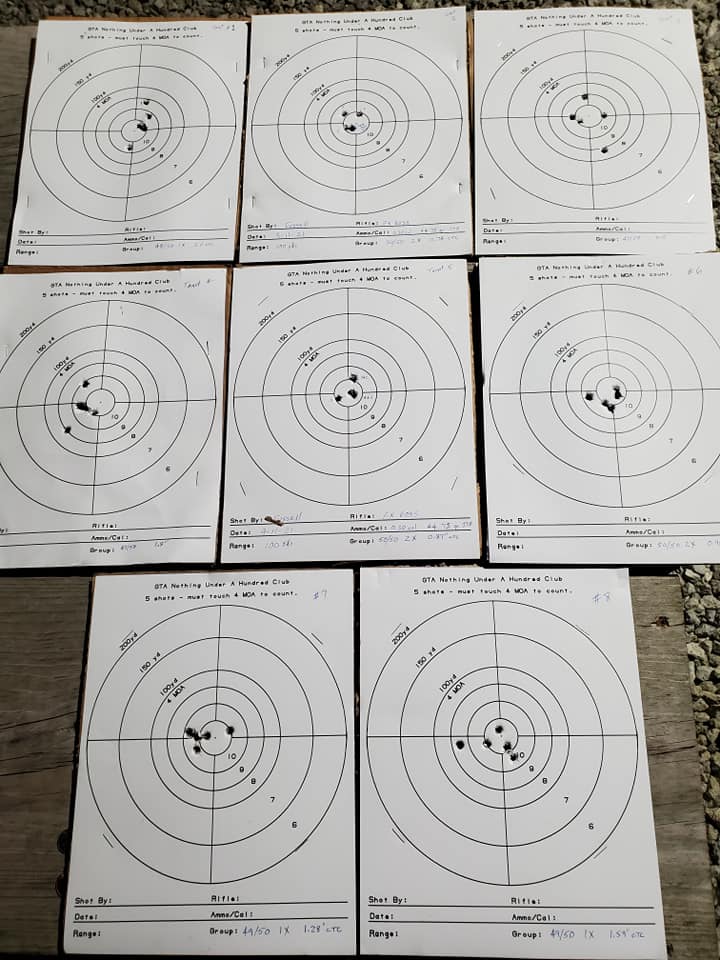 That is some great grouping, Camp...
Click to expand...

Thanks man. A couple fellas and their sweet shootin' .22's kicked my butt this month though.

Seems to me that you are in the company of some good shooters which is not a bad place to be.
•••
Upvote 0
S

Why don't PB benchrest shooters use a bi pod?
•••
Upvote 0

Sorry for hijacking the thread....

Accu-Tac's website does not supply this info. I contacted them, and they didn't have it either (and claimed they don't have one on site to check).
•••
Upvote 0

Sorry for hijacking the thread....

Accu-Tac's website does not supply this info. I contacted them, and they didn't have it either (and claimed they don't have one on site to check).
Click to expand...

I got out the tape measure for ya, but I can only speak for the FC-5 G2 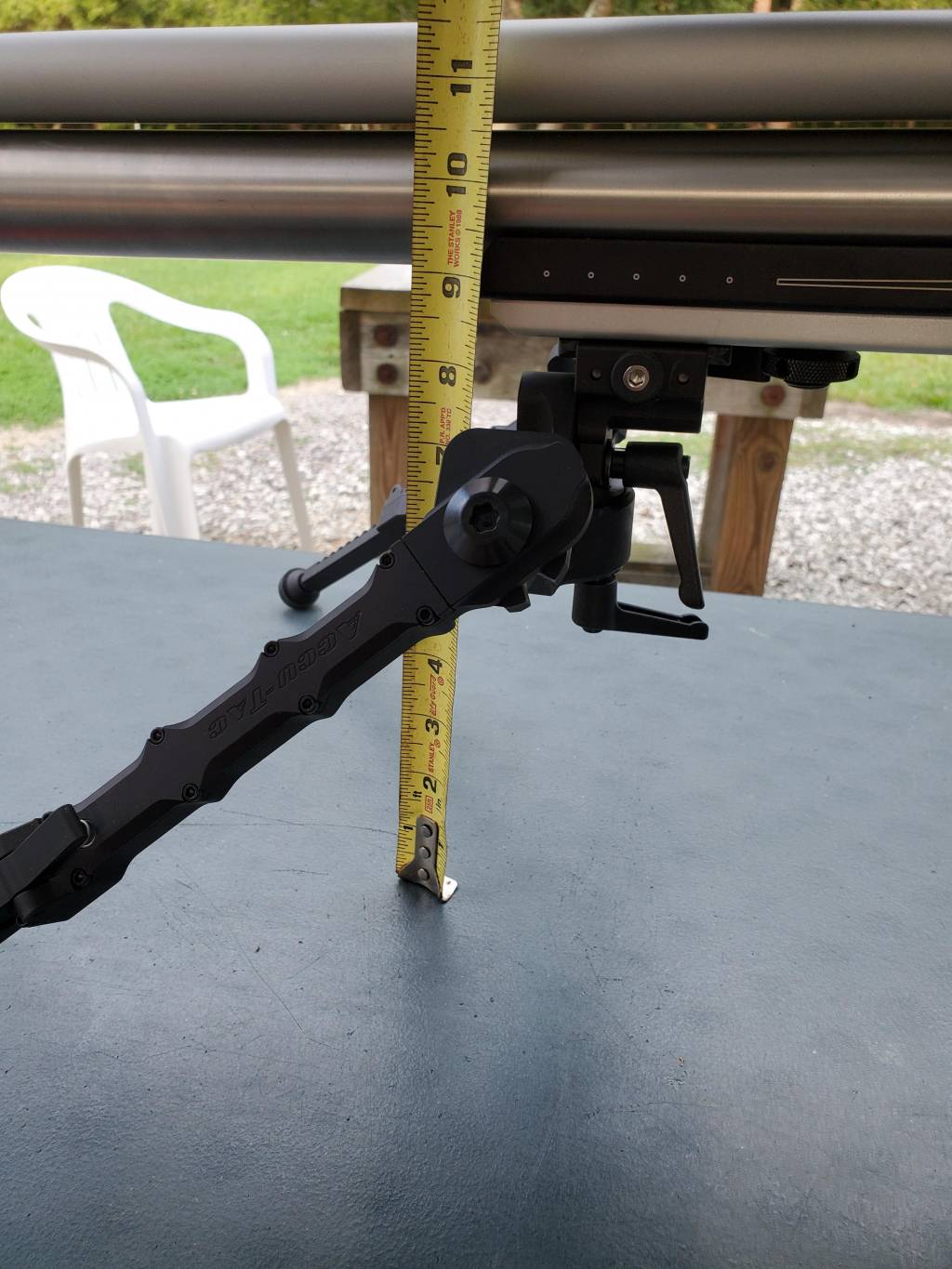 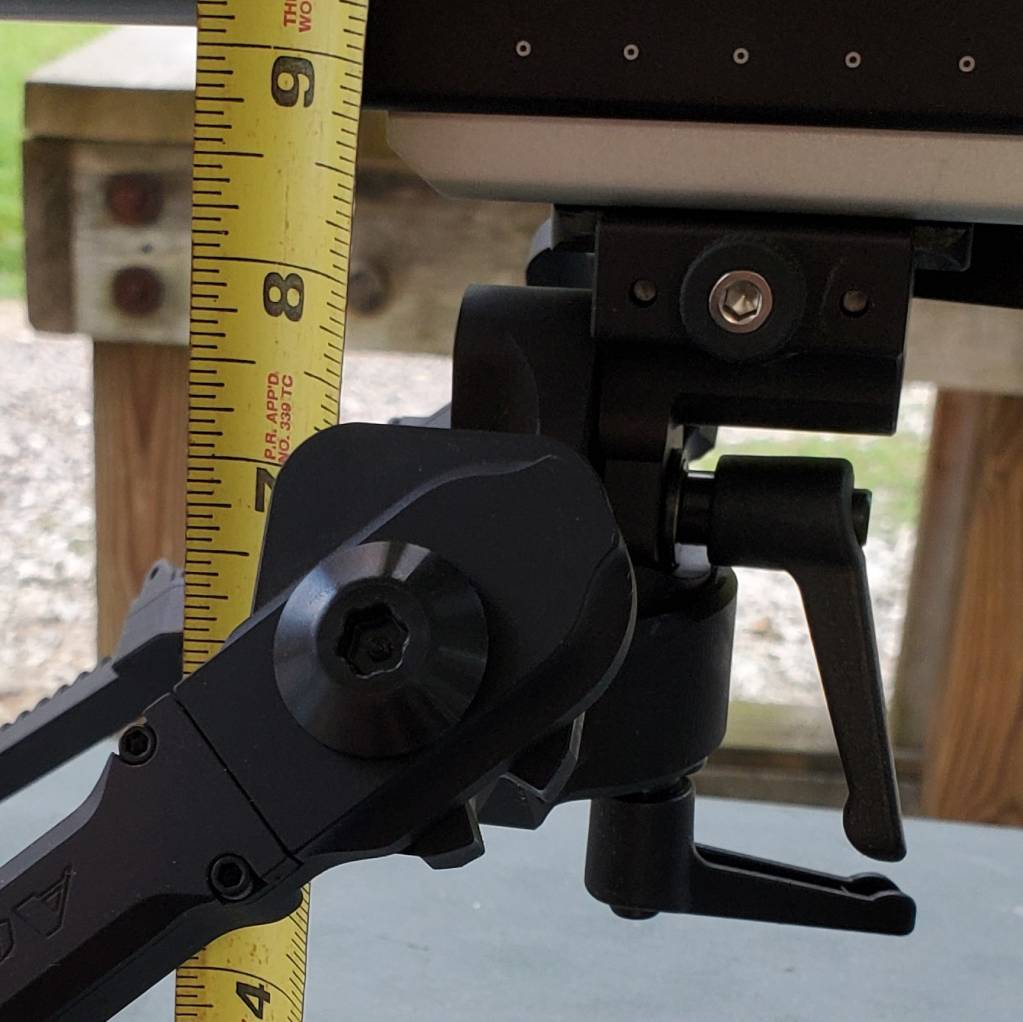 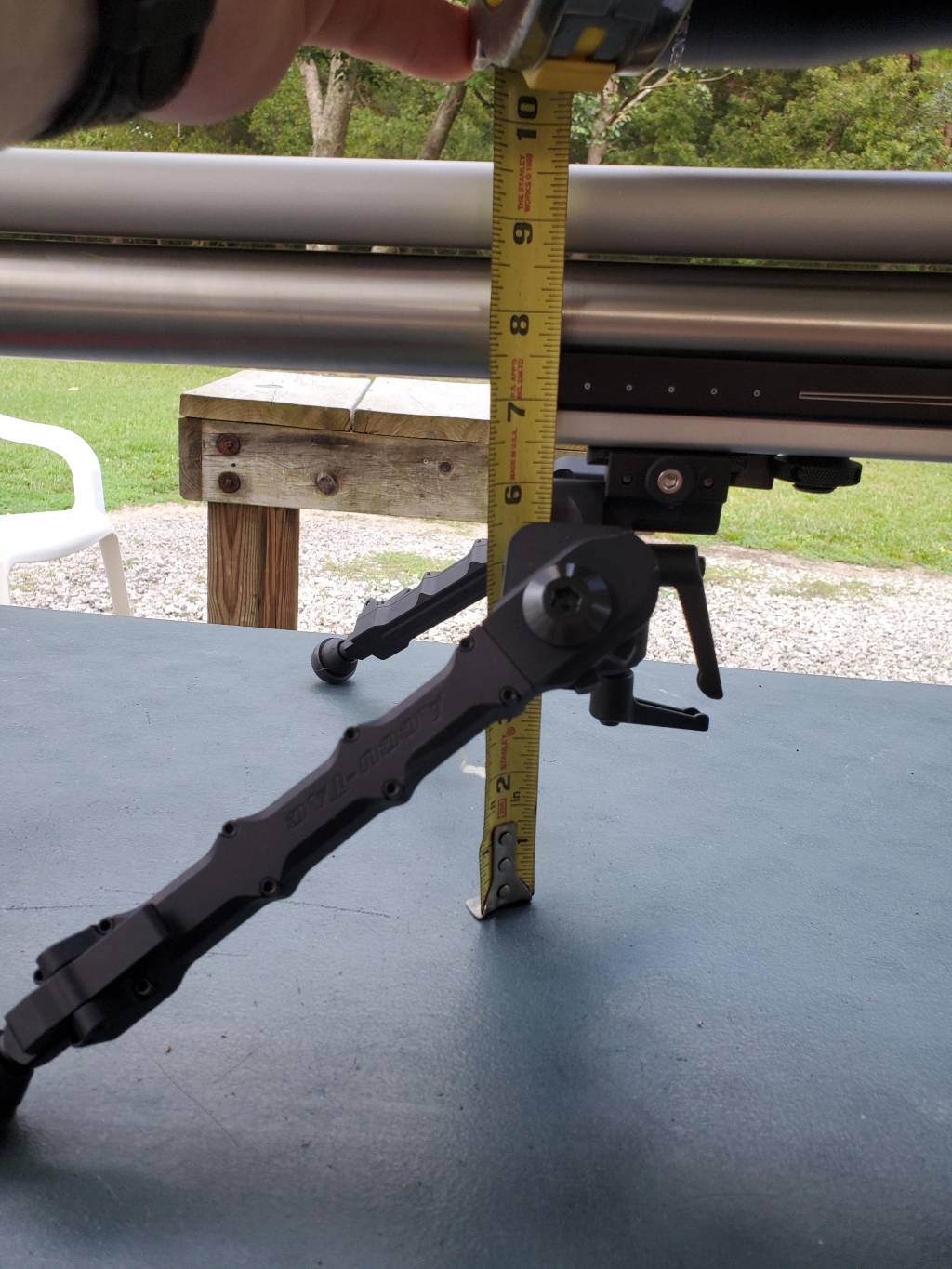 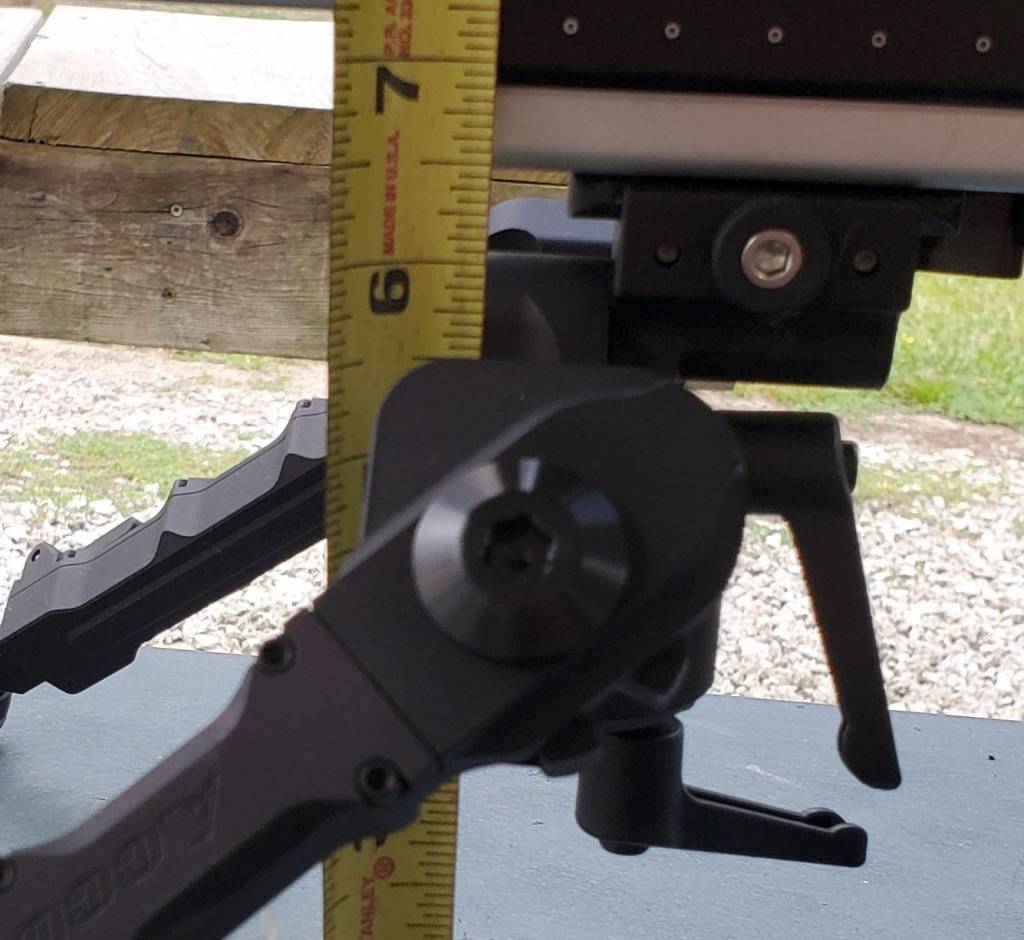 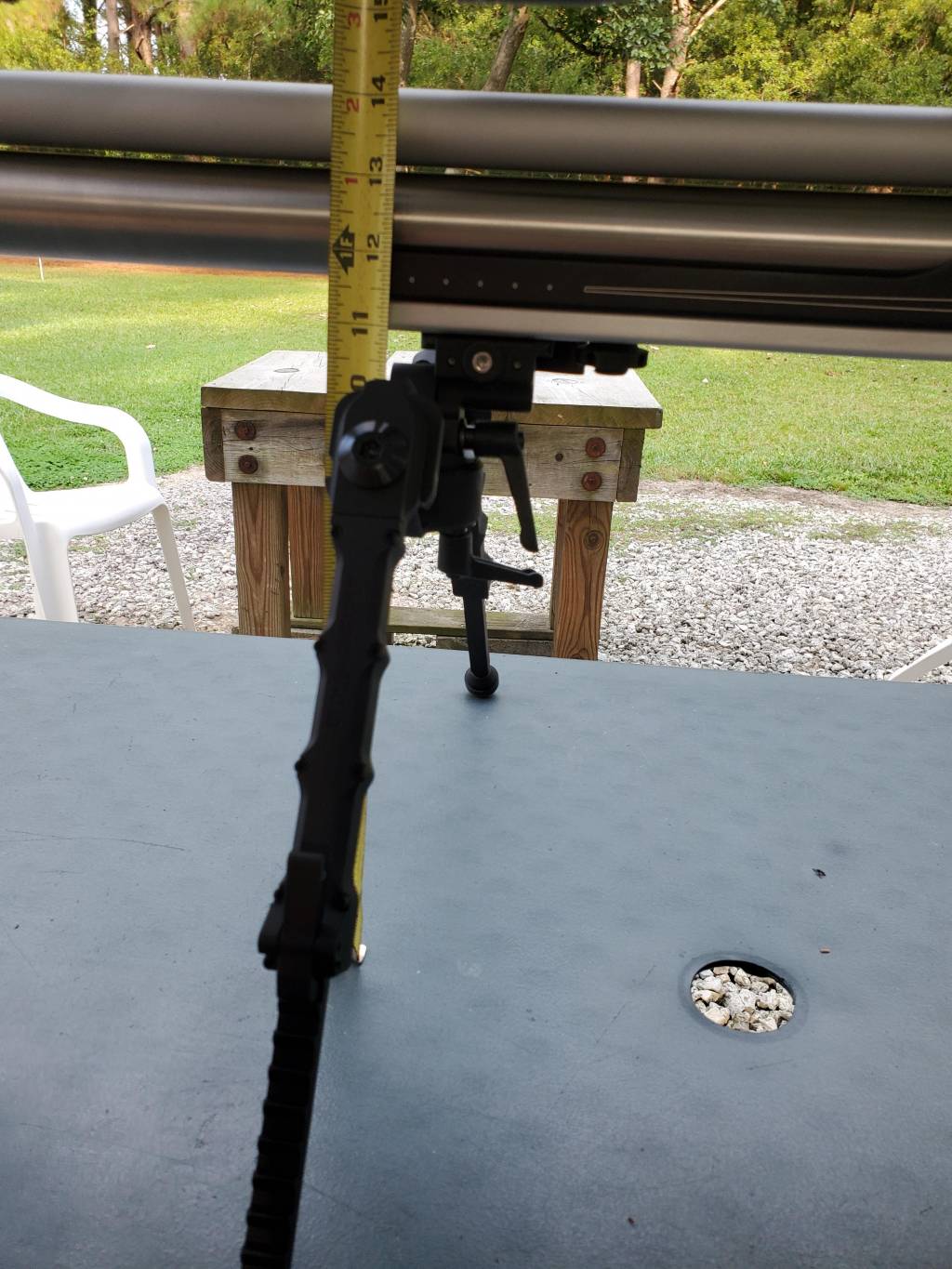 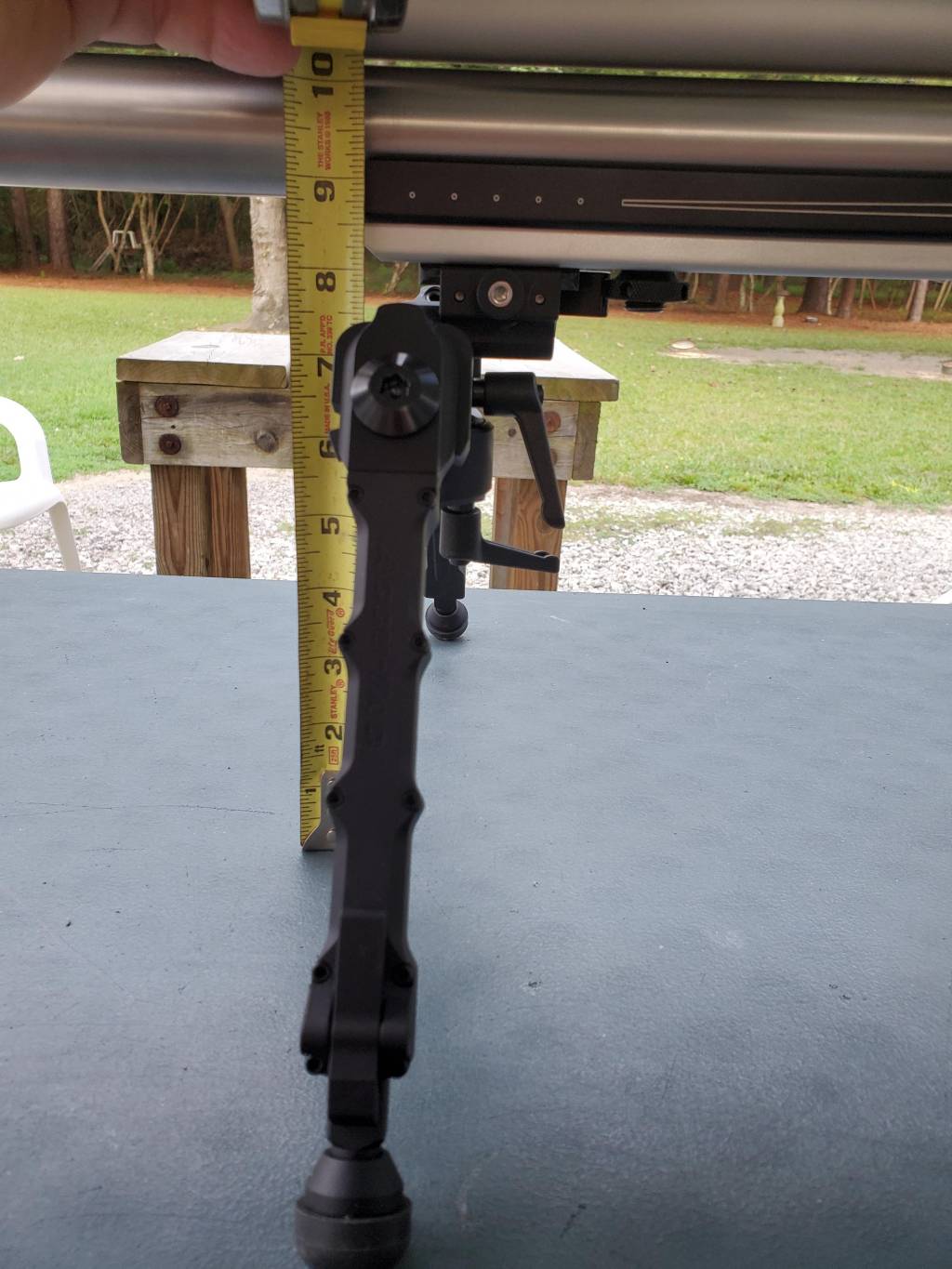 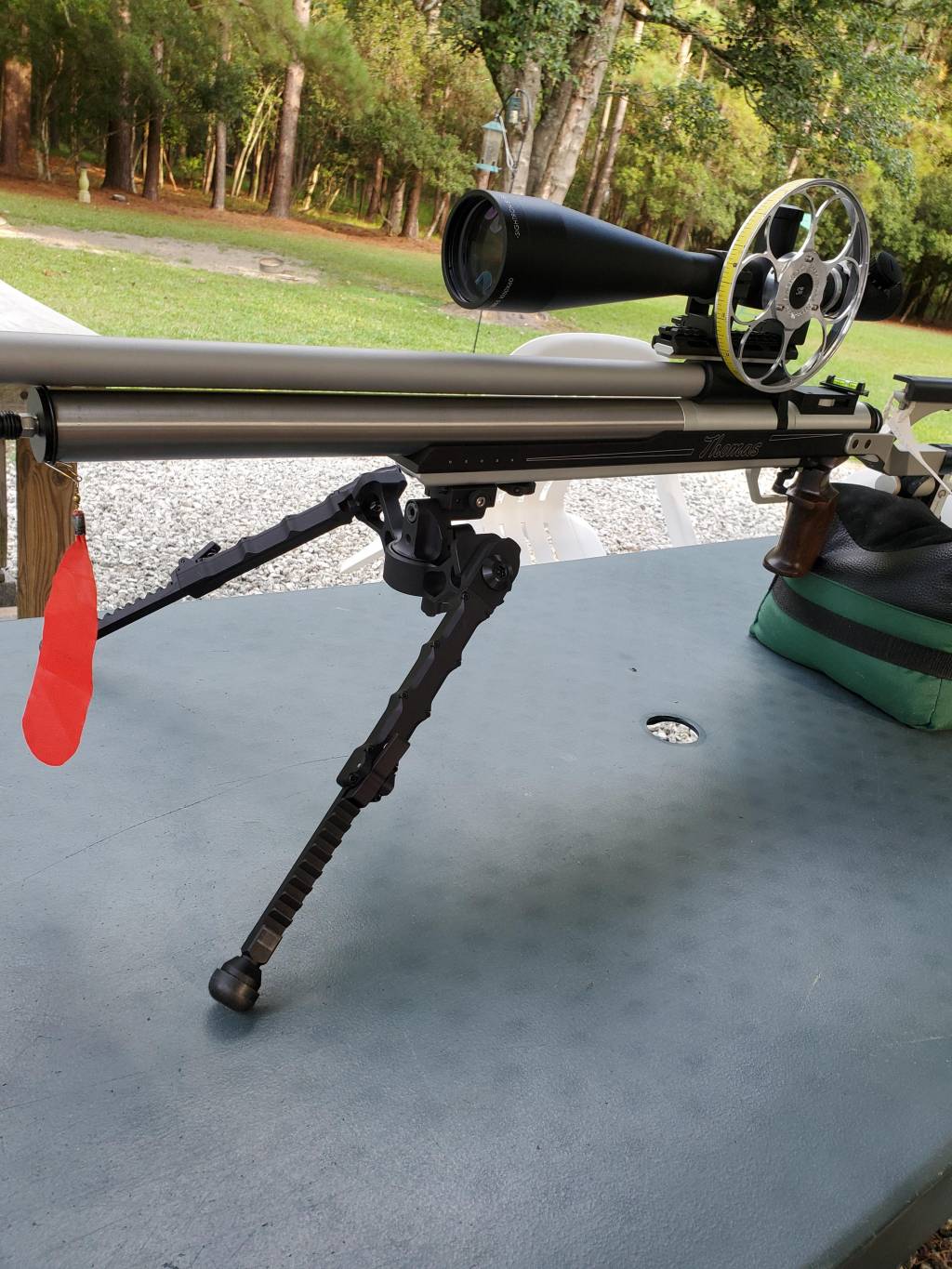 Thanks for the response and pics. Very much appreciated. Hopefully someone can chime in on the FC-4 G2.
•••
Upvote 0

Thanks for the response and pics. Very much appreciated. Hopefully someone can chime in on the FC-4 G2.
Click to expand...

Fuss
•••
Upvote 0
You must log in or register to reply here.

T
What rear bags are you using with FX Impact and bag rider?