Bracing myself for witty replies.
•••

In the UK, Tinbum (Mr. Nick Stanning) does them :

I am thinking of getting a PELLETGAGE listed on this site. It seems like a very simple system.
•••
Upvote 0
J

I have recently purchased the PELLETGAGE and it is easy to use and lets you sort your pellets. I found a pretty big difference in sizes in just one tin.
•••
Upvote 0

In the UK, Tinbum (Mr. Nick Stanning) does them :

Mitch, I think that pellet sizer that Ted used was a custom made job from a personal friend of his?


I haven't done near as much testing as I would like yet but wanted to share what little testing Ive done.
I shoot a .177 Thomas FT rifle. I bought a pellet gauge and sorted a tin of 13.4 gr JSB Monsters which I shoot about 820 FPS for 20 FPE
The majority of my pellets were in the 4.54 head size with 4.53 and 4.55 being on the outer fringes for a .01 mm plus or minus for the 400 count tin which I thought was pretty tight tolerence.

I have a Gempro 250 which I weighed these head sorted pellet with. My weights ranged from 13.2 grs to 13.6 grs with the majority being 13.4 grs giving a .2 grain plus or minus tolerence which again I thought was pretty tight?

Weather was crappy and I was pressed for time before dark.
So the next I decided to use the 4.53 pellet sizer and was pleasantly surprised. The 4.53 sized group was considerably better than the 4.54 unsized group
Circles are 1/4" for comparison

With that one test I've found the tin of JSB Monsters have such a tight weight and head size tolerance that I don't even bother to sort anymore. I just pull the pellets from the tin as I'm shooting and visually inspect them then just push them through the 4.53 TBT sizer before each shot.

I shot these 50 yd Ten shot groups with my Thomas and sized JSB monster pellets at 4.53 head size straight from the tin without weighing as I was shooting. Had two crazy flyers out of 50 shots?

Pellet sizers and sizing is like running barefooted in the dark where you have no idea if the ground is such as slick as ice, dirt, pavement, pebbles, or rocks. Now, you decide to size the shoes (pellets) and you decide on some 10 inch shoe size (254.00mm). Great! But you are not done because not all two people have the "exact" same foot size. Notice that I did not say foot "length" because feet are not perfectly rectangular in shape, they also have curvatures, densities, skin textures and different type of socks (Pb + %antimony, or PBA), unless you wear sandals then you wear no sock type (100% Pb only, which by the way is impossible to attain better than 99.9999% Pb, similar to H2SO4, or zero Kelvin, or perfect vacuum, or the speed of light, or the true value of pi etc. etc.). The variables are more than the caliber because no two barrels have the "exact" same size caliber tolerance to within one lead (Pb) atom diameter, so one barrel either before or after the manufacturing process will be either one lead atom diameter bigger, or smaller due to wear and tear of tooling and specification changes due to the stress and strains of the manufacturing process. In essence, modern man, no matter how modern he is cannot manufacture a test tube baby that will win the Olympics.Like the Greeks did upon the birth of a child, if it showed any form of deformity they would toss it over a precipes. Now, that is one wild and crazy type of "sizing". I say "Every pellet has its God given right to be shot!" What I find interesting is how modern man applies discrimination, segregation, prejudices and biases to projectiles (pellets). Why don't we have an NBA team with all pygmies that are white guys? I don't know, but what I do know is that in order to have pure accuracy you need pure gun an pellet precision (repeatability) AND knowledge and skill of the shooter. You can cancel out the knowledge and shooter skill of the equation if you attach the gun to a vice attached to the moon where there is no weather, or air variables. As to the other variables of the gun are the number of land and grooves and their depth and finish along with the metallurgy and metrology of the Pb pellet, so there is no quick trick to an answer. The fun and joy of airgunning is not just jerking the trigger, hoping, praying, wishing that you hit what your intended target, but the shear joy of calculating the myriad of variables, predicting and testing you hypothesis for accuracy then narrowing it down from wild guesses to 100% certainty. When I accomplish that, I will be ready to die and move on to a new challenge, which will be coming back to life. In essence; for example, a 0.177 caliber, JSB Monster pellet perfectly symmetrical in its center of gravity and center of force, weighing exactly 13.45 grains and a head diameter of 4.545mm with a skirt of 4.555mm can come out of a barrel at a velocity of 819 feet per second and out of its twin brother barrel at 821 feet per second does NOT mean that it came out at 820 feet per second, which is why we have the Olympic Games, people die, I miss Jesse Owen. In ;, pellet sizing works and it doesn't work; sometimes for the better, sometimes for the worse, and everyone is unique because "cookie-cutters" are only theoretical; especially when you do ballistic analysis like I do at the planck level, which by the way, is addicting. Picture this in the future: "Hello, my name is Francisco and I am a ballistic planck addict for over 55 years." "Welcome Francisco!". The future is tomorrow, which will never come because we are stuck in the present. A theoretical pellet once told me that time travel is inevitable.
•••
Upvote 0

I tried to search for PelletGage and found nothing. Can someone send me a link?
•••
Upvote 0

"pelletgage" is a sponsor of this forum and is likely listed in the quick links and the rotating banners.

Looking at the T.R.Robb it appears to be the exact same tool as the old theoben ( .177) pellet sizer I had. It was a reliable asset.

T.R.Robb Pellet sizer review vid by Tom Holland who is a member here.

I very much like the PelletGage, it is not a sizer but a fantastic way to sort by size.
•••
Upvote 0

i use pelletgage, i have the .22 and .25 and they work great. and are very affordable. just read directions to avoid pellet shaving.
•••
Upvote 0
J 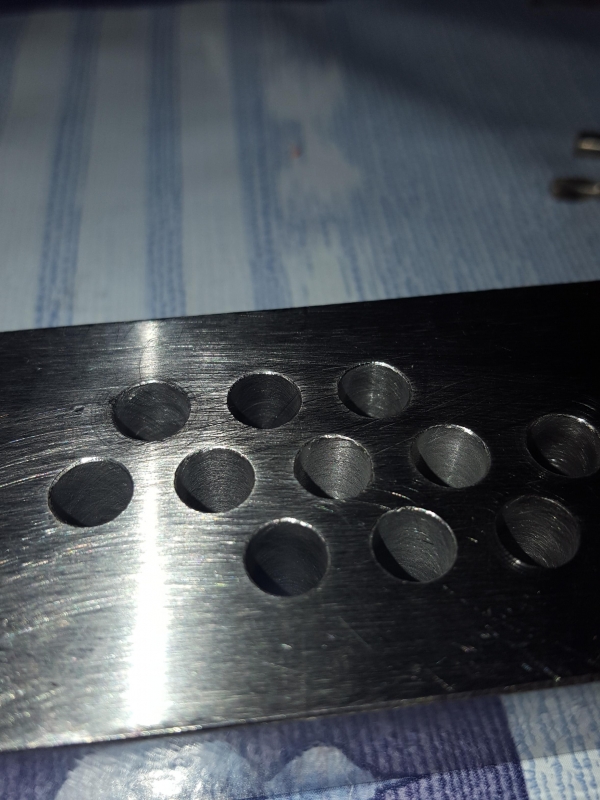 I have a TTRobb .177 pellet sizer. They will ship to US no problem. Well made and works as designed. Adjustable for head size and the tapered bore flares the skirt more than the head.
•••
Upvote 0
You must log in or register to reply here.